When you think about Spanish wines chances are the first thing that comes to mind is Rioja and its iconic grape Tempranillo.  We thought it would be a good idea to provide a bit of background on Spain’s biggest and most important wine region before introducing this producer in Rioja.  Rioja is one of two appellations is Spain that enjoys the title of “qualified” appellation.  Earning this qualifier is not small thing and it only comes after many years of consistently producing outstanding products.  The cost is higher regulation to ensure that the quality will be maintained.

This wine region is subdivided into three sub-regions: Rioja Alta, Rioja Alavesa, and Rioja Oriental (formerly Rioja Baja).  Each region is well delimited and each has its own characteristics regarding soil and weather.  Rioja Alta is at the westernmost part of Rioja.  It boasts higher elevations and is better known for its “old world” style.  Rioja Alavesa shares similar climate as Rioja Alta, but produces fuller body and higher acidity wines.  Poor soil conditions make yields lower in this area, but the reason for fuller body and acidity mentioned.  Rioja Oriental enjoys a continental climate as opposed to an Atlantic climate in the other two regions.  This area is the driest of the three.  Wines from this region tend to have higher alcohol content.

Rioja Alavesa, located north of the Ebro river and the northernmost region in Rioja, is the smallest if the three areas. It is the bridge between the Rioja region and the Basque Country.  Rioja Alavesa is considered to produce the best wines in the region.  Rioja Alavesa’s vineyards lie at high altitudes (400-1,200 m), resulting in cooler temperatures.  Inside Rioja Alavesa one of the most prominent and famous towns is Laguardia, where Javier San Pedro Ortega is located.

Javier San Pedro, the head of its namesake cellar, is the fifth generation of winemakers in Laguardia.  Javier, from a very young age showed interest in the vineyards and at the early age of 17 he produced his first take on Rioja wines.  Eager to make his own mark as a winemaker he spun off in 2013 his operation from that of his family.  He benefits of having 5 generations of winemakers behind him that that have accumulated approximately 100 has of vineyards.  Javier, in part decided to go solo after realizing that part of the family’s old vineyards were not getting the love and attention they deserved.  He restored this old vineyards to their proper place and is now producing wines very characteristic of the region where he was born and has seen him grow into a successful, young producer.  Javier is eager to tell a story with a personal touch and he started building his story with two lines of wines: Cueva de Lobos and Viuda Negra.   The former pretends to show a young, modern take on Riojas.  The latter seeks to show the potential from old-vines with a modern twist.  Each of his wines are clearly Rioja Alavesa wines: smooth, velvety Tempranillos, but you can tell that there is a “Je ne sais quoi” behind them that makes you want to keep on drinking and enjoying them.

Javier’s passion for what he does is clear from the moment you meet him and learn all he does in the winery.  He’s kind of a one-man show.  He works the land, he selects grapes, ferments them and determines the time when it is time to bottle.  This requires multiple skills, which not every winemaker processes.   We are super exited to be able to work with Javier and introduce a Crianza on both his lines.  We know you’ll love them and in the near future we hope to expand our portfolio with some other of his creations. 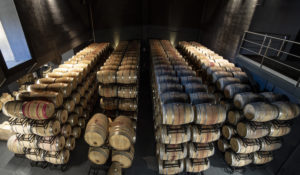 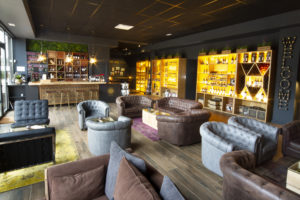 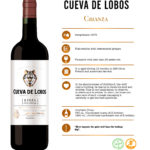 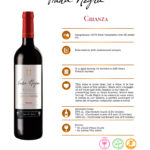